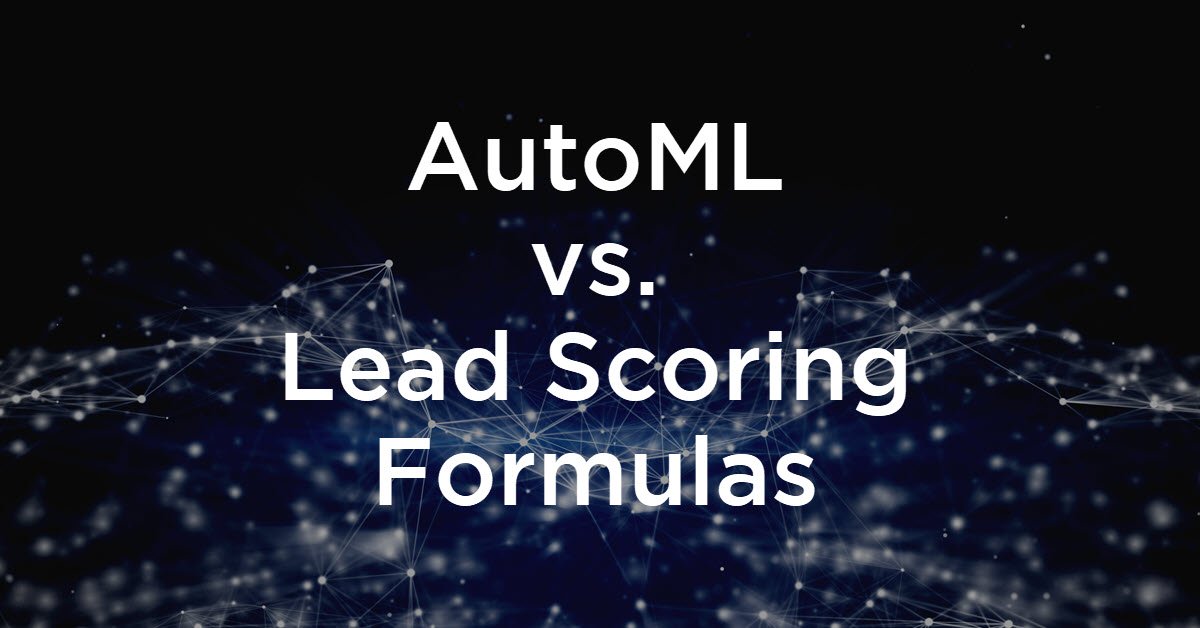 CRM and Marketing Automation systems have offered lead scoring features for decades. The notion of using arithmetic to turn qualification criteria and behavioral data into a simple-to-consume number makes sense. Business development and sales teams always appreciate guidance on which leads to follow next to maximize productivity. In practice, few organizations do excellent lead scoring, and it isn’t their fault.

Traditional lead scoring first assumes that you understand all the moving parts that indicate buying intent. BANT-style rating of readiness is important. Responses to emails, website visits, and social media tell a story. External databases of purchase sentiment are valuable. How much does each contribute? That is really difficult to determine in advance, so you take guesses and refine the model based on experience.

Scoring models also require constant tweaking. Elements calculated by legacy scoring models are increasingly complicated to monitor during the customer journey. Information that you already track changes rapidly, and new data appears that wasn’t counted before. Since scoring model updates are largely a manual process, iterations are time-consuming and error-prone. Even if you understand the interplay of variables perfectly, writing Boolean logic to express them accurately is nearly impossible. Tracing scoring model improvements back to KPIs is also tricky, which makes prioritizing maintenance effort an even greater challenge.

Automated Machine Learning (AutoML) is much better at ranking leads because it takes a cold, unbiased look at all the data and builds accurate models no matter how many elements there are. There are no formulas to build and maintain. The data tells its own story. Acting on the latest data, AutoML automatically takes the newest information into account and disregards factors that no longer predict success. It isn’t magic or mystery. Here’s how it works…

To train itself, AutoML ingests sets of data that represent known outcomes, such as lead tables for the previous period.  Lead tables typically show the basics—whether or not a lead converted to a different stage, became an opportunity, or closed won or lost. They may also contain many more values related variously to industry, company size, competitive status, time and date, inbound and outbound activity, or hundreds of other traits. Clicking a column in the table tells the AutoML which variable you want to predict. Will the lead convert from MQL to SQL? Is likely CLV forecast higher or lower than target? Which one of five possible messages will elicit a response? Think of any yes-no, in-out, or how much question.

The next step is to upload the new data, the leads on which you want to make predictions. The AutoML system learns the patterns and builds scores of models, testing them against one another to find the best. Running the new leads through the winning the model then happens quickly—minutes, typically. Output is a table with predictions appended, including probabilities for each record. Now you have a prioritized list of prospects that is richer than any scoring formula could provide.

In addition, AutoML shows which variables were most important to its predictions. This ranked list of variable importance amounts to a description of your ideal prospect persona. You will confirm what you knew, and maybe discover parameters that surprise you. This level of actionable insight is invaluable in targeting outreach to accelerate your pipeline. The world is too complex to rely solely on algebra. Taking advantage of the remarkable ability of AutoML to see relationships across vast data stores is the way to go. Give AutoML a try to see how forgetting to update scoring formulas could be your new, top priority.

How to Get More from You

Are You Ready for a Pred

Do You Know BERT?

How AI Improves the Live

Squark is a no-code predictive analytics SaaS that automatically analyzes business data you work with every day to predict customer outcomes, uncover new and unforeseen business opportunities, and mitigate risk. It is a simple and easy-to-use AI software that doesn’t require data science nor technical expertise.  In a matter of clicks, make confident, data-backed decisions about what your customers will do next and understand why to increase your business impact.